Highlights of SIMBig 2019
Previous Next

SIMBig is one of the first conferences in Latin America grouping related areas such as Data Science, Big Data, NLP, Semantic Web, etc. 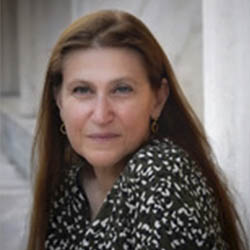 Professor at
University of Manchester 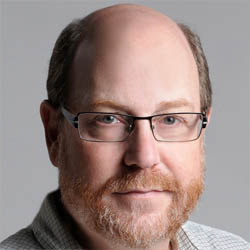 Professor at
University of Chicago 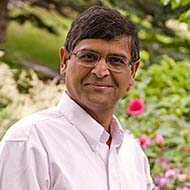 Professor at
University of Minnesota 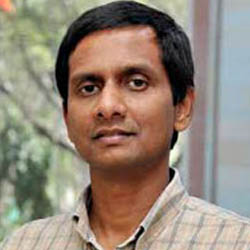 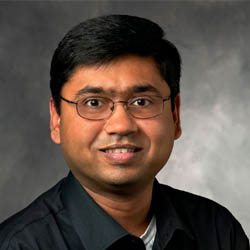 All papers of SIMBig 2019 will be published with Springer CCIS series (Communications in Computer and Information Science).

Visit Machuppichu, one of the new seven wonders of the world

Machupicchu or Incas’ Sacred City is located at 112.5 km. to the northeast of Cusco and 2,430 meters high in a region of majestic beauty. Unquestionably, if you visit Peru, Machupicchu is the place you must-to-see. In this respect, SIMBig is organising a trip for the conference attendings. With that in mind, if you are interested in joining us in this magical experience, please, abide by the details of this trip (costs and travel dates), which will be soon available.

Spend three inspiring days in the cultural and cosmopolitan city of Lima. The area is full of great hotels, restaurants and galleries.

In the north is the city of Caral, the oldest civilization of America, and to the south is the Archaeological Complex of Pachacamac. Lima's history predates the colonial presence in the country. The establishment of the viceroyalty transformed the city into the main political and administrative center of South America. During this period, significant churches, monasteries, mansions and balconies were built. he arrival of modernity didn’t transform the historic center, which is recognized as a World Heritage Site. Museums with great works of art, archaeological sites, beaches, the boardwalk, valleys, natural reserves, the nightlife, the thrill of adventure sports, and the exquisite cuisine gives Peru’s capital an authentic personality and makes tourism in Lima a unique experience in the country. Location: On the west central coast of Peru, on the shores of the Pacific Ocean.

Thanks to the generous support of

, SIMBig 2019 is offering three (3) sponsored travel grants for students to attend the conference.

Vipin Kumar is a Regents Professor at the University of Minnesota, where he holds the William Norris Endowed Chair in the Department of Computer Science and Engineering. Kumar received the B.E. degree in Electronics & Communication Engineering from Indian Institute of Technology Roorkee (formerly, University of Roorkee), India, in 1977, the M.E. degree in Electronics Engineering from Philips International Institute, Eindhoven, Netherlands, in 1979, and the Ph.D. degree in Computer Science from University of Maryland, College Park, in 1982. Kumar's current research interests include data mining, high-performance computing, and their applications in Climate/Ecosystems and health care. Kumar is the Lead PI of a 5-year, $10 Million project, "Understanding Climate Change - A Data Driven Approach", funded by the NSF's Expeditions in Computing program that is aimed at pushing the boundaries of computer science research. He also served as the Head of the Computer Science and Engineering Department from 2005 to 2015 and the Director of Army High Performance Computing Research Center (AHPCRC) from 1998 to 2005. His research has resulted in the development of the concept of isoefficiency metric for evaluating the scalability of parallel algorithms, as well as highly efficient parallel algorithms and software for sparse matrix factorization (PSPASES) and graph partitioning (METIS, ParMetis, hMetis). He has authored over 300 research articles, and has coedited or coauthored 10 books including two text books ``Introduction to Parallel Computing'' and ``Introduction to Data Mining'', that are used world-wide and have been translated into many languages. Kumar has served as chair/co-chair for many international conferences and workshops in the area of data mining and parallel computing, including 2015 IEEE International Conference on Big Data, IEEE International Conference on Data Mining (2002), and International Parallel and Distributed Processing Symposium (2001). Kumar co-founded SIAM International Conference on Data Mining and served as a founding co-editor-in-chief of Journal of Statistical Analysis and Data Mining (an official journal of the American Statistical Association). Currently, Kumar serves on the steering committees of the SIAM International Conference on Data Mining and the IEEE International Conference on Data Mining, and is series editor for the Data Mining and Knowledge Discovery Book Series published by CRC Press/Chapman Hall. Kumar is a Fellow of the ACM, IEEE, SIAM, and AAAS. He received the Distinguished Alumnus Award from the Indian Institute of Technology (IIT) Roorkee (2013) and the Distinguished Alumnus Award from the Computer Science Department, University of Maryland College Park (2009). Kumar's foundational research in data mining and high performance computing has been honored by the ACM SIGKDD 2012 Innovation Award, which is the highest award for technical excellence in the field of Knowledge Discovery and Data Mining (KDD), and the 2016 IEEE Computer Society Sidney Fernbach Award, one of IEEE Computer Society's highest awards in high performance computing.

MICHAEL J. FRANKLIN is the inaugural holder of the Liew Family Chair of Computer Science. An authority on databases, data analytics, data management and distributed systems, he also serves as senior advisor to the provost on computation and data science.
Franklin most recently was the Thomas M. Siebel Professor of Computer Science and chair of the Computer Science Division of the Department of Electrical Engineering and Computer Sciences at the University of California, Berkeley, where he currently is an Adjunct Professor. He co-founded and directs Berkeley’s Algorithms, Machines and People Laboratory (AMPLab), a leading academic big data analytics research center, The AMPLab won a National Science Foundation CISE "Expeditions in Computing" award, which was announced as part of the White House Big Data Research initiative in March 2012, and has received support from over 30 industrial sponsors. AMPLab has created industry-changing open source Big Data software including Apache Spark and BDAS, the Berkeley Data Analytics Stack. At Berkeley he also served as an executive committee member for the Berkeley Institute for Data Science, a campus-wide initiative to advance data science environments.
An energetic entrepreneur in addition to his academic work, Franklin founded and became chief technology officer of Truviso, a data analytics company acquired by Cisco Systems. He serves on the technical advisory boards of various data-driven technology companies and organizations.
Franklin is a Fellow of the Association for Computing Machinery and a two-time recipient of the ACM SIGMOD (Special Interest Group on Management of Data) “Test of Time” award. His many other honors include the outstanding advisor award from Berkeley’s Computer Science Graduate Student Association. He received the Ph.D. in Computer Science from the University of Wisconsin in 1993, a Master of Software Engineering from the Wang Institute of Graduate Studies in 1986, and the B.S. in Computer and Information Science from the University of Massachusetts in 1983.

Dr. Nigam Shah is associate professor of Medicine (Biomedical Informatics) at Stanford University, and an executive member of the Biomedical Informatics Graduate Program. Dr. Shah's research focuses on combining machine learning and prior knowledge in medical ontologies to enable the learning health system. Dr. Shah was elected into the American College of Medical Informatics (ACMI) in 2015 and is inducted into the American Society for Clinical Investigation (ASCI) in 2016. He holds an MBBS from Baroda Medical College, India, a PhD from Penn State University and completed postdoctoral training at Stanford University.