DEVELOP INSIGHTS FOR THE COVID-19 CRISIS

SIMBig 2020 encourages all studies that propose methods to extract meaningful insights of the COVID-19 crisis to influence policy and decision making in the public and private sector (specially in South America).
SIMBig 2020 will award the top three accepted papers.

Dr. Sophia Ananiadou is Professor in the School of Computer Science at the University of Manchester and is the director of The National Centre for Text Mining (NaCTeM) the only centre of its type in the world. She has led the development of the text mining tools and services currently used in NaCTeM with the aim of providing scalable text mining services: information extraction, intelligent searching, association mining, etc. She has received the IBM UIMA innovation award 3 consecutive times and is also a Daiwa award winner. 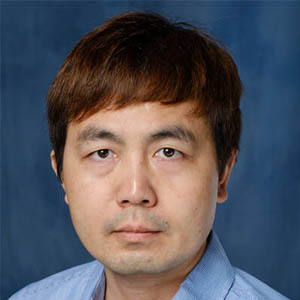 Dr. Jiang Bian is currently an Associate Professor of Biomedical Informatics in the Department of Health Outcomes and Biomedical Informatics at the University of Florida. He is also the Director of Cancer Informatics and eHealth Core for the University of Florida Health Cancer Center. He has a diverse yet strong multi-disciplinary background. Nevertheless, his expertise and background serve an overarching theme: data science with heterogeneous data, information and knowledge resources. His research areas can be divided into three logical sections under this overarching theme: (1) data-driven medicine—applications of informatics techniques, including machine learning methods in medicine on solving big data problems; (2) mining the Internet, including the social web, to provide insights into health-related behavior and health outcomes of various populations and finding ways to develop interventions that promote public and consumer health; and (3) development of novel informatics methods, tools and systems to support clinical and clinical research activities such as tools for data integration, clinical trial generalizability assessment, and cohort discovery. His research is funded by the National Institute of Aging, National Cancer Institute, Patient-Centered Outcomes Research Institute, and National Science Foundation.

Dr. Dina Demner-Fushman is a Staff Scientist at the Lister Hill National Center for Biomedical Communications, NLM. .Dr. Demner-Fushman is a lead investigator in several NLM projects in the areas of Information Extraction for Clinical Decision Support, EMR Database Research and Development, and Image and Text Indexing for Clinical Decision Support and Education. The outgrowths of these projects are the evidence-based decision support system in use at the NIH Clinical Center since 2009, an image retrieval engine, Open-i, launched in 2012, and an automatic question answering service. Dr. Demner-Fushman earned her doctor of medicine degree from Kazan State Medical Institute in 1980, and clinical research Doctorate (PhD) in Medical Science degree from Moscow Medical and Stomatological Institute in 1989. She earned her MS and PhD in Computer Science from the University of Maryland, College Park in 2003 and 2006, respectively. She earned her BA in Computer Science from Hunter College, CUNY in 2000. She is the author of more than 180 articles and book chapters in the fields of information retrieval, natural language processing, and biomedical and clinical informatics. She has co-authored a textbook in Biomedical Natural Language Processing published in 2014. Dr. Demner-Fushman is a Fellow of the American College of Medical Informatics (ACMI), an Associate Editor of the Journal of the American Medical Informatics Association, and a founding member of the Association for Computational Linguistics Special Interest Group on biomedical natural language processing. As the secretary of this group, she has been an essential organizer of the yearly ACL BioNLP Workshop since 2007. Dr. Demner-Fushman has received forteen staff recognition and special act NLM awards since 2002. She is a recipient of the 2012 NIH Award of Merit, a 2013 NLM Regents Award for Scholarship or Technical Achievement and a 2014 NIH Office of the Director Honor Award. 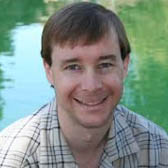 Dr. Andrew Tomkins joined Google Research in 2009, where he serves as a Director in Research and Machine Intelligence, currently working on machine learning and understanding of geo data. Prior to these projects, he worked on measurement, modelling, and analysis of content, communities, and users on the World Wide Web. Before joining Google, he spent four years at Yahoo! serving as Vice President within the Research organization, and Chief Scientist of Yahoo’s search organization. Before this, he spent eight years at IBM's Almaden Research Center, where he served as co-founder and Chief Scientist on the WebFountain project. Dr. Tomkins has authored over 100 technical papers and 90 issued patents. His technical publications include two best paper awards from the International World Wide Web Conference (2000, 2003), plus one best paper award from the ACM International Conference on Web Search and Data Mining (2015). He has served on the editorial boards of Iee Computer, ACM Transactions on the Web, and Internet Mathematics. He has co-chaired the technical program for the International World Wide Web Conference (2008), the ACM Conference on Knowledge Discovery and Data Mining (2010), and the ACM International Conference on Web Search and Data Mining (2017). He received Bachelors degrees in Mathematics and Computer Science from MIT, and a PhD in CS from Carnegie Mellon University. 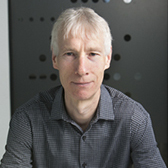 Dr. Ian Horrocks is a full professor in the Oxford University Department of Computer Science and a visiting professor in the Department of Informatics at the University of Oslo. His research interests include logic-based knowledge representation and reasoning and semantic technologies, with a particular focus on ontology languages and applications. He was an author of the OIL, DAML+OIL, and OWL ontology language standards, chaired the W3C working group that standardised OWL 2. His developed many of the algorithms, optimisation techniques and reasoning systems that underpin OWL applications. He has participated in numerous national and international research projects, and was Scientific Director of the EU funded Optique project, which is deploying semantic technologies in the Oil & Gas and Power Generation industries. He is a Fellow of the Royal Society, a member of Academia Europaea, a Fellow of the European Association for Artificial Intelligence and a Fellow of the British Computer Society. He has published more than 200 papers in major international conferences and journals, winning best paper prizes at KR’98, AAAI-2010, and IJCAI-2017, and a test of time award at ISWC-2013. He is one of the UK’s most highly cited computer scientists, with more than 46,000 citations, and an h-index of 91. 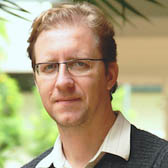 Dr. Francisco Rodrigues is an Associate Professor of Complex Systems and Data Science at the Institute of Mathematics and Computer Science, University of São Paulo, and head of the Complex Systems Group. For one year (2018-2019), his was was a visiting professor at the University of Warwick, Mathematics Institute, working at the Centre for Complexity Science. He was awarded a Leverhulme Visiting Professorship. His research activities are in complex networks, epidemic models, synchronization dynamics, and data science. Particularly, he's interested in studying how the network structure influences the evolution of dynamical processes, like synchronization of coupled oscillators or the spreading of disease in social networks.

Dr. Maguelonne Teisseire received a PhD degree in Computing Science from the Méditerranée University, France, in 1994. Her research interests focused on behavioral modeling and design. In 1995- 2008, she was an Assistant Professor of Computer Science and Engineering in Montpellier University and Polytech’Montpellier, France. She headed the Data Mining Group at the LIRMM Laboratory Lab, Montpellier, France, from 2000 to 2008. She is currently a Research Professor and she joined the TETIS lab in March 2009. Her research interest focus on advanced data mining approaches when considering that data are time ordered. Particularly, she is interested in text mining and sequential patterns. Her research takes part on different projects supported by either National Government (RNTL) or regional project. She has published numerous papers in refereed journals and conferences either on behavioral modeling or data mining.

All papers of SIMBig 2020 will be published with Springer CCIS series (Communications in Computer and Information Science).

SIMBig 2020 will award the 3 best papers of the conference. Also, papers facing the crisis generated by COVID-19 will be awarded. The awards will be:

Totally FREE: no fees associated with registration and publication.